Features 2 unreleased alternate versions of songs from her critically acclaimed album The Voyager, produced by Ryan Adams and Mike Viola.

Jenny Lewis is one of the most celebrated and respected performers of her generation. From her start as the dynamic frontwoman of influential LA group Rilo Kiley in 1998, Lewis has steadily developed her own vocal style, drawing from the sly country twang of Loretta Lynn, Dolly Parton, and Patsy Cline, while remaining indebted to pop music. In between recording and touring with Rilo Kiley, Lewis contributed vocals to The Postal Service’s debut album Give Up (2003) and toured as a multi-instrumentalist with the band. She then released two critically acclaimed solo albums, Rabbit Fur Coat (2006), and Acid Tongue (2008), establishing herself beyond the confines of indie-rock into more timeless territory. Joe Levy, editor of Rolling Stone remarked that "Jenny Lewis is the best songwriter working today." Lewis has collaborated with Elvis Costello, Ryan Adams, and M. Ward, among others, and formed the duo Jenny and Johnny with songwriter Johnathan Rice. They released their debut album, I'm Having Fun Now (2010), in addition to contributing original music to the upcoming musical/drama, “Song One,” starring Anne Hathaway. Lewis made her debut as a film composer and music supervisor for the new drama “Very Good Girls” starring Dakota Fanning and Elizabeth Olsen. 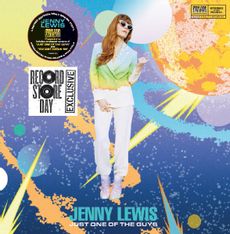