I Love You, Honeybear


former fleet foxes drummer, josh tillman, won over countless hearts & minds with his debut solo album under the fjm moniker & now, he's back with a captivating second offering to take us on another trip through the 70s.

produced by Tillman himself alongside Jonathan Wilson & mixed by Phil Ek, it’s a lushly orchestrated affair that veers between grandeur & subtlety, telling the story of his love for his new wife. "bristles with richness & bespoke detail" - 8/10 - uncut, “there are grand arrangements & barbed bon mots in the style of randy newman & harry nilsson, but what’s most striking are the more restrained moments” 4/5 – mojo. 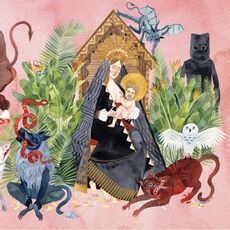