With its measured arrangements and deliberate, detailed narratives, what 'American Middle Class' most resembles is Brandy Clark's acclaimed 2013 album '12 Stories' ('Drunk' sounds like an unofficial prelude to Clark's 'Hungover') but Presley is a distinctive songwriter in her own right, possessing a knack for conveying the fraying dreams of a middle America with empathy and sly humor. "an impressive solo debut" rolling stone.

derry recommends: more proof of the (mostly) female led resurgence in great country records. the bleakly humorous, politically charged lyrics give the lie to the view that country has nothing new to say. 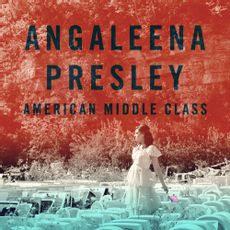