Apologia is the 'lost' first solo guitar recording by Blackshaw from 2003, originally self-released on CD-R in an edition of 30 and now repressed in a limited edition of 500.

Presenting a raw snapshot of an artist at a key point in his development towards his debut album, the seven songs that make up ‘Apologia’ have an energy and vitality that charms and compels, shorter and more direct than those that would follow but just as interesting. 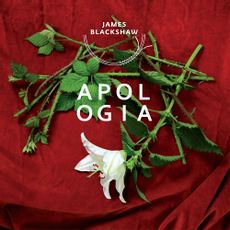