It's psychedelia that pushes boundaries & makes a quiet argument against the idea that every frontier has been explored. Jagged, sculpted beats & cosmic synthesizers (especially on the weightless outro of 'Stage or Screen') add dimension to a genre supposedly known for its expansive creativity. Cosmic escapes & disco rhythms play host to neilson’s vocals which reach powerful new heights & take us higher & higher as the album progesses. for fans of tame impala, temples, pond or foxygen. "joyously funky...surging ahead of their fellow psych-pop voyagers, abandoning the hazy introversion of previous albums for frisky, rainbow-coloured optimism" 9/10 - uncut, a dense, detailed & wildly engrossing album" 9/10 - nme. 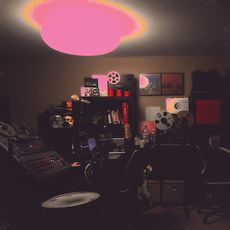