the album hurtles through its ten songs, each one a succinct, powerful gem & as with their debut, the new album was recorded by MJ from Hookworms, with the aim of heightening the group's "pop" and "aggressive" elements to excessive & hitherto unrecorded levels. Lyrically it’s more obtuse & surreal but also attempts to mock trad masculine rock themes whenever things do get more lucid. "sees Joanna Gruesome relishing the power of refusal, bending the tropes of macho rock & relationships to their own twisted whims" - 8/10 - nme. 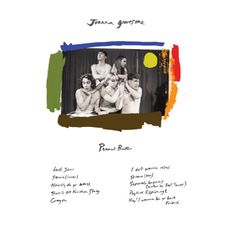