No Big Deal / The Black Cloud

Following a triumphant 2014 and ahead of a month of US touring, fast-rising Scottish duo Honeyblood have premiered an all-new recording with, 'No Big Deal'. "We had a couple of songs that I really loved, but I didn't think were quite right for the next album," explains frontwoman Stina Tweeddale. "A double-A side single felt the perfect way to get them out there." The first recordings with new drummer Cat Myers, the special standalone single release comes ahead of a packed touring schedule for 2015, which sees the band spending over a month in the US, taking in co-headline stints with 2:54, as well as SXSW and a support tour with legendary fellow Scots Belle And Sebastian. 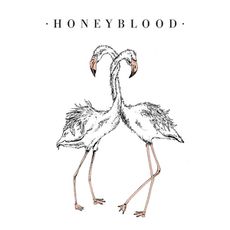