In addition to the full concert, the DVD also includes the documentary film ’33.3%’ by Yana Amur, which shows fans an intimate side of the band never seen before. "it might be a shame if we reached the end of that tour without capturing any of the beauty and even brutality of it. But a lot of the music we create is not only where we exist, but also where we escape to. It’s difficult though with film to avoid making a band into just another ‘reality show’ crafted into a product on a shelf, and at the same time just painting a plain picture of a live concert would be like a dream without very much colour or feeling. In the end we have released two separate films to show both sides of the same coin... ‘Live In Paris’ is the dream. And ‘33.3%’ is the morning after. We hope you enjoy what you find” - Robert Levon Been / Black Rebel Motorcycle Club 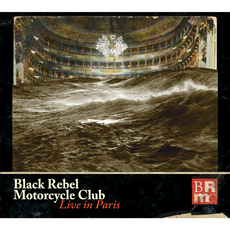