A brazen release from young Los Angeles jazz giant, composer & bandleader Kamasi Washington - ‘The Epic’ is unlike anything jazz has seen & not just because it emanates from the boundary-defying Brainfeeder label.

‘The Epic’ is a 172 minute, three volume set (across three CDs) that includes a 32-piece orchestra, a 20-person choir & 17 songs overlaid with a compositional score written by Washington. Pulsing underneath is an otherworldly ten-piece band, each member of which is individually regarded as among the best young musicians on the planet, including bassist Thundercat & his brother, drummer Ronald Bruner Jr. Flying Lotus has featured Washington on his albums ‘Cosmogramma’ and ‘You’re Dead!’ and he also plays on the new Kendrick Lamar album ‘To Pimp A Butterfly’. Recommended if you like Flying Lotus, John Coltrane, Fela Kuti. 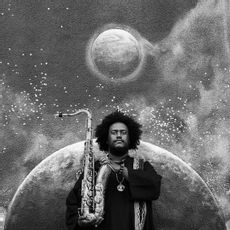