Yes was firing on all cylinders in the fall of 1972 & The prog-rock pioneers’ 5th studio album 'Close To The Edge' was a smash success as audiences around the world packed arenas to see the legendary group perform.

The band captured the magic of that tour on its first live album, 'Yessongs'. Released in 1973, the triple-LP sold over a million copies and blew minds with Roger Dean’s iconic artwork. The band recently discovered recordings of seven complete concerts from the weeks leading up to the shows heard on 'Yessongs'. The latest audio technology was used to restore the reel-to-reel recordings and bring out incredible sonic detail, creating an open, immediate sound that drops listeners right into the front row. These new releases feature previously unreleased music from these newly discovered tapes. The 2CD and 3LP formats include 90 minutes of live recordings selected from various shows. 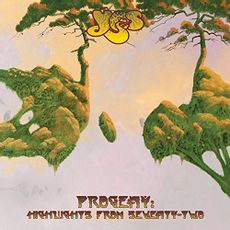