eat to the beat

The gigs and shows played by the Ramones between 1977 & 1980 were perhaps the finest they ever performed. Despite having, during their 22 year career, played live over 2000 times - more than The Grateful Dead ever did, and without all the hoo-ha - it was the three years following the release of the group's debut album on the Sire label (issued in February 1976) that their most electric, dynamic and passionate live appearances took place. many of these concerts were broadcast live on FM Radio. This superb box-set features three such broadcasts, one each from 1977, 1978 and 1979, all featuring quite remarkable sound - considering they were transmitted close to 40 years ago - and illustrating perfectly the sheer power of late 1970s Ramones. 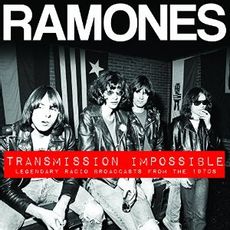