still Thrashing out R’n’B rave-ups like a group of mates who’d bunked double Geography to play a quick covers set down the Bag O’Nails club circa 1965 -  All mini mohair suits, wailing harmonica and punky freakbeat.

however, there's so much more to the Strypes as their new album 'Little Victories' clearly demonstrates. here you’ve got 12 compelling reasons that prove why they are a more enduring act than might have initially been apparent. What comes next is a record that takes the raw power of 'Snapshot' and uses it to fuel a ferocious  21st century  rock  and  roll  hybrid,  which  has  been  as  much  informed  by present day artists such as the Arctic Monkeys as it is by previous influences like Bo Diddley and Nick Lowe. It's different for sure, but it also gets right to the heart of what makes these four people such a great band. 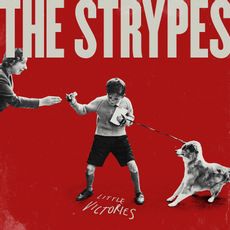