At  last – a new soul man to rank with the legends.

it's a perfect back story - until he signed to columbia, bridges was working as a dishwasher in atlanta. but the man comes out of the kitchen with a classic debut, produced by Austin Jenkins and Josh Block of White Denim, who have shaped an unashamed Stax-influenced sound upon which bridges' sweet sam cooke-esque rasp testifies with restrained confidence. Its confident, packed with memorable songs, played with authentic churchy chops, and served with a raw modern production that sits beautifully between amy’s ‘back to black’ and the more funky, horn-adorned moments of the black keys. a timeless sound that will delight fans of the more chilled end of the alabama shakes or benjamin booker. “so much sweetness and light here, it’s almost a shock”  8/10 uncut. "a beguiling album... refreshingly innocent... an ideal summer soundtrack" 4/5 - mojo. 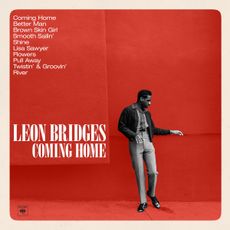