Don't Weigh Down the Light


it's been a while since we've heard from the espers co-founder / singer in her solo form but her return finds us every bit as bewitched by her gentle folk musings.

Baird’s last decade has seen her co-founding & recording 3 albums with Espers - one of the most distinctively mysterious acts of the century’s first decade. She recorded 2 solo albums & She also collaborated with Will Oldham, Kurt Vile, Sharon Van Etten & Steve Gunn & toured with Bert Jansch. Then, after more than a decade as a fixture in Philadelphia’s boiling-over musical scene, Meg moved west to San Francisco. There she joined forces with members of Comets On Fire & Assemble Head to form the moody & thunderous Heron Oblivion. Amid this flurry of activity she also managed to record this gorgeous album which ought to see her receiving as much acclaim as vashti bunyan, alela diane or josephine foster. 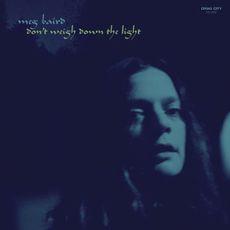