MY LOVE IS COOL


it's impossible to pin this band down, even after many many listens to their astonishing debut - & that's the sign of a truly great record isn't it?.

One you can't define or pigeonhole, one you have to come back to again & again to get something more from every time? it's got the raucous energy of yeah yeah yeahs, the haunting delicacy of daughter, the honeyed ferocity of honeyblood, the head-spinning fuzz of mbv & the pop sensibilities of metric whilst genuinely sounding like a band who have taken their sweet time to grow into none other than themselves. "It’s wild & varied, but it’s all tied together by a grizzly, dark aesthetic...an instant classic & easily one of the year’s best" - diy, "Consistently defying categorization & embracing synthetics as rock’s direct blood relation, ‘My Love Is Cool’ is the epitome of the pan-cultural 21st Century rock album & easily the debut of the decade so far. Get savaged" 9/10 - nme. 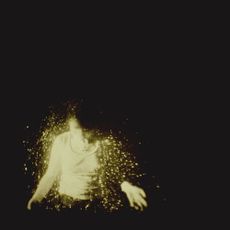