12 Reasons To Die II (The Instrumentals)


soul-jazz maverick younge is one of the few current producer-arrangers who justifies a version of the new ghostface killah collaboration sans the vocals.

strongly influenced by leftfield soundtrack masters ennio morricone and goblin, as well as classic blaxploitation soundtracks, younge's dense, all-played, no-samples-allowed backdrops for ghost's latest tony starks yarn will fascinate black music fans who might not check for the criminally-minded raps, as well as those who just gotta have both!

*also available as bonus disc in deluxe version of the vocal set. 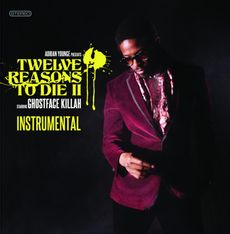