The group anonymously self-released two EPs, 'Eagles Soar', 'Oil Flows' and 'The Seven New' (referred to as 'Shabazz Palaces' and 'Of Light', respectively) in 2009 before becoming one of the few hip-hop acts to be signed to the Sub Pop label and releasing their debut full-length album 'Black Up' to wide critical acclaim in 2011. 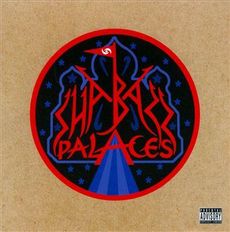