the 26-year-old Grammy and CMA-award winning singer-songwriter follows critically acclaimed debut 'Same Trailer, Different Park' with an even more polished set of sweet and sour songs, boasting willie nelson as a guest, the very funny, sly feminism of the title track, and a respect for country tradition that prevents her sound sliding into cowboy hat mor. for fans of the dixie chicks, emmylou harris, bobbie gentry and the guilty pleasure that is the 'nashville' tv show, for which ms musgrave has contributed to the soundtrack. 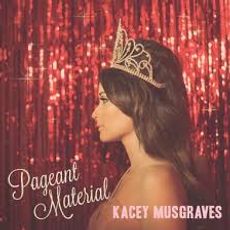