founded by New York's Ryan Lott, son lux began as a solo exploration of the jagged, icy line between the strange & the familiar, in which sonic structures supplant the conventions of pop form, but now son lux is a band. The fourth Son Lux LP combines all of the architectural precision & aural inventiveness we've come to expect. covering everything from owen pallett-like orchestrated flourishes & the digital 'age of adz' end of sufjan stevens' songsmithery (with whom he is one-third of the sisyphus supergroup) through to flying lotus-esque innovative, glitchy beat-making, this is a fascinating record. "wonderfully complex" 8/10 - drowned in sound, "Pretentious, yes, but wonderful" - 8/10 - nme. 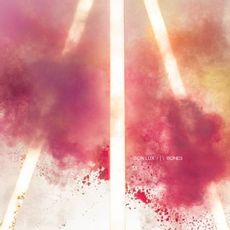