initially Released in the same month in autumn 1985, these two sublime eps signalled the beginning of the cocteau twins' phase 3: makers of lush, ambient soundscape, replacing the angst and anxiety of earlier recordings with a balmy sensuality.

'pink orange red' went on to becoming a cocteaus' classic, even inspiring a re-modelling a decade later. "The band steps away more from the intense drama often brought to earlier albums and singles, indirectly signalling the equally calm but striking work that would surface on 'victorialand' and 'the moon and the melodies' 4/5 - all music guide. 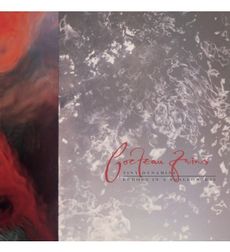