the legendary boston band had only been together for a year when they made their appearance at the Emerson College studio in their hometown in January 1987.

so their performance here is a remarkable piece of posterity for fans and also boasts the inclusion of 'Boom Chicka Boom' and 'Subbacultcha', two songs that never made it past the live or demo stage. Most of the songs here would appear later on albums such as 'Come On Pilgrim' and 'Surfer Rosa', but this exciting radio broadcast presents them in their most dynamic and embryonic state. 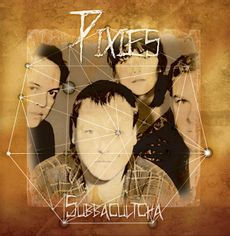