far more than the post punk racket on the surface – the acerbic fire of ‘under color of official right’ is still there but aided by a more rounded sound on this, the Detroit band’s highly anticipated third.

it’d be easy to get lost in the fantastic, very joy division (or perhaps ‘movement’ era new order) instrumentation but the standout comes from frontman joe casey’s delivery that sits between mark e. smith and birthday party nick cave. lyrically it’s more diverse than their previous attempts as well – dealing with casey losing his parents, school shootings and more making this an altogether intense and fascinating listen from whatever angle you take. “[casey] has developed an almost Joycean grasp of detail and narrative.” – 8.2 pitchfork 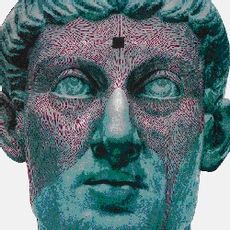