Released in 1971, it was to be their last record for Pye. Two years after the album’s release, when Quo had scored a hit with ‘Paper Plane’, Pye issued ‘Mean Girl’ from this album as a single and it duly charted. Finally available again, this remastered classic is given another chance to be re-evaluated as a high point in this remarkable band’s fifty year career. 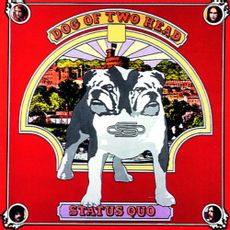