a hauntingly atmospheric set from the dirty three's renowned australian multi-instrumentalist & nick cave & the bad seeds / grinderman collaborator, who has established himself as a highly skilled soundtrack maker.

having composed many soundtracks together with nick cave ('The Proposition', 'The Assassination of Jesse James', 'The Road', 'Lawless' & 'Loin des Hommes', among others), he now goes it alone. this is a sparse piano & string lead sombre soundscape that makes for an utterly beautiful stand-alone experience. MUSTANG was screened in Cannes in 2015 as part of the Directors’ Fortnight & it would be an understatement to say that it has moved people! This true masterpiece is the first feature film directed by French Turkish director Deniz Gamze Ergüven. 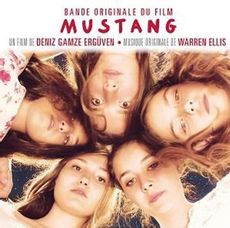