despite turning 75 on the eve of its release,  ‘fish’ finds Michael chapman to be as essential a listen as his phenomenal work for harvest in the ‘70’s was.

there aren’t many people around that can boast such a huge impression on decades upon decades of music as Michael chapman; alongside releasing his essential current work, light in the attic have reissued his early compositions, and Thurston moore, Lucinda Williams and hiss golden messanger have all released tributes to him. ‘fish’ continues in his well-honed style, proving that he’s truly a musical hero.  “There’s a Zen that floats around Michael and this work and with total mastery, he’s decided to create something vital.” – 8/10 the line of best fit 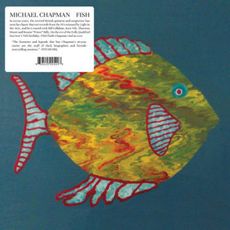