a veritable goldmine of treasures from tapes found in a friend’s attic, lovingly restored remastered and polished for this release.

A remarkable guitarist dedicated to innovation and technical mastery who blended elements of English and Celtic folk, jazz, country blues, pre-Renaissance and Western/Eastern classical traditions. These recordings were made in the two or three years before his first ever official release for Transatlantic Records. Mastered from a series of long lost tapes dating back to the early 1960s, the album not only features collaborations with Davy Graham and Beverley Martyn, it also includes a long lost version of Davy’s classic “Anji” recorded in 1962 and includes sleeve notes by John, written shortly before his death in March 2015. 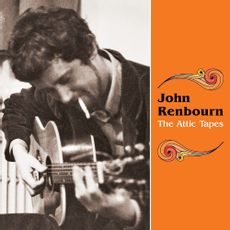