for his first album away from elbow, garvey makes the most of his new found freedom with an album purely of his vision and making and the result could not be better.

though there are hallmarks of elbow in there, he’s taken on a crooner guise closer to the subtle compositions of Hawley rather than the grandiose stadium fillers of elbow. it’s not all low key though – the highs are euphoric and the album ebbs and flows through new styles with the jazz ridden drum lead ‘harder edges’ and the trip hop inspired ‘juggernaut’ standouts in an album full of powerful moments. “garvey’s poetics have gained more acuity” – 4/5 mojo 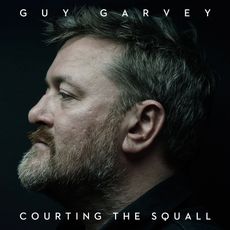