a brand new up that features 3 new tracks: staggering re-interpretations of songs by some of the group’s key influences.

A re-versioning of the Clash’s 'Should I Stay Or Should I Go', An extraordinary re-working of Led Zeppelin’s 'Kashmir', fully endorsed by Jimmy Page after initially gracing the cover of Mojo Magazine & a stunning version of Manu Dibango’s classic 'Soul Makossa', which might be the band’s greatest musical performance to date, all feature on this deluxe edition. songhoy blues take the now familiar sound of the "desert blues" as a starting point & inject it with a youthful punch & energy that we never knew it was missing.

*** also available as part of the deluxe cd reissue *** 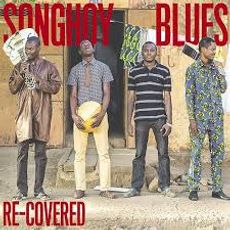