The little secret behind the ‘Illinoise’ record is that it was originally conceived as a double album, culminating in a musical collage of nearly 50 songs.

As the project began to develop into an unwieldy epic common sense weighed in - as did the opinions of others - and the project was cut in half. As 2005 came to a close Sufjan returned to the old, forsaken songs on his 8-track like a grandfather remembering his youth, indulging in old journals and newspaper clippings. What he uncovered went beyond the merits of nostalgia; it was more like an ensemble of capricious friends and old acquaintances wearing party outfits, waiting to be let in at the front door, for warm drinks and interesting conversation. Among them were Saul Bellow, Ann Landers, Adlai Stevenson and a brief cameo from Henry Darger’s Vivian Girls. The gathering that followed would become the setting for the songs on ‘The Avalanche’: Outtakes and extras from the ‘Illinoise’ album. 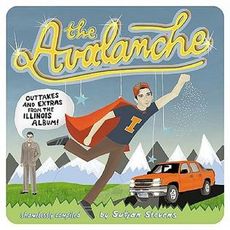