the heaviest album yet from the liverpudlian psychsters - recorded live, and mostly in one take, this is a fine return to form after the band's 5 year hiatus.

hypnotric grooves and motown meets motorik beats that punctuate the psych-folk-rock style the band have become known for. their vocal harmonies are wonderfully arranged and buzz with energy from the off. like the sound of krautrock compilations meeting Muddy Waters’ 'Electric Mud', the record is at times more minimal than their previous work and always harder and heavier than before; this is a new visceral sound from a totally re-energised band. "a dark masterpiece... it sounds like they went through hell to bring it to us , but there's little here that doesn't argue the effort was worth it." - 4/5 mojo 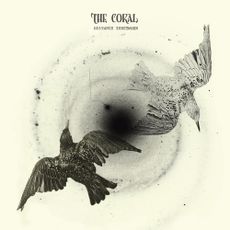