is there no end to this guy's energy & relentless musical output? let's hope not, for as long as he's churning out records this great, we don't ever want him to stop.

The tireless 28-year-old California native spent most of 2015 touring hard & playing in other bands but now we get his studio follow-up to his mind-blowing & career defining solo album, 'manipulator' (2014). that album was standout in that it presented his music as separate, definiable & memorable individual pieces of work - "songs" in fact. Here, we are faced with a sprawling wall of sound that's best experienced as a complete unbroken listen to feel the full impact. it may sound less focused, more abrasive & more off-kilter but it's just as urgent, just as essential. "Relentlessly fuzzed-out and breakneck-paced, 'Mugger' exists outside of expectations that critics & fans might have for Segall; it’s hard to think about any of it until it’s all over" - consequence of sound. 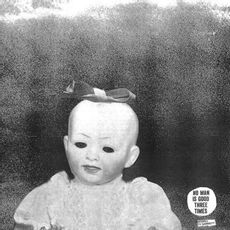