the hugely respected singer-songwriter's stunning 2016 album sees him at the absolute peak of his powers as a vocalist, songwriter and multi-instrumentalist.

where his previous album contained a mixture of covers and originals, this new set is comprised almost entirely of some of the best songwriting of Carrack's entire career, plus one lovingly-chosen remake; the Bobby 'Blue' Bland gem that was also a major R&B hit for Aretha Franklin, 'Share Your Love With Me'. highlights include a new song with lyrics by Paul's longtime friend Chris Difford of Squeeze, 'Bet Your Life,' and a guest appearance by Pee-Wee Ellis, the legendary saxophonist from James Brown's band who played on and co-wrote such greats as 'Cold Sweat' and 'Say It Loud - I'm Black and I'm Proud.' 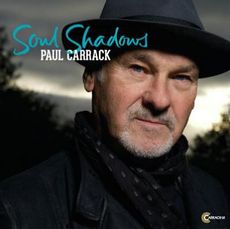