Paak has incorporated new elements of hip-hop, disco and funk into his own brand of soulful r&b in this personal, almost confessional album - featuring smooth, funked bass, mid-tempo beats and melodic guitar and piano sparkling behind his velvety voice. Championed by Dr. Dre (Paak featured on six tracks from Dre’s 2015 album ‘Compton’) and Gilles Peterson (who named album track ‘Am I Wrong’ one of his tracks of the year) Anderson Paak is certainly a face – and voice – to watch out for. If you like the funkier tracks on Kendrick Lamar’s ‘To Pimp a Butterfly’, Vince Staples, Frank Ocean, and Talib Kweli this an album you should definitely check out. 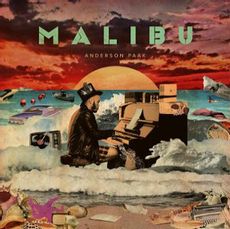