Max Richter: Songs from Before (2016 edition)

Punctuated by Robert Wyatt’s distinctive, understated readings of Haruki Murakami’s text, the music evokes forgotten memories or lost histories, a series of bittersweet articulations that seem suspended somewhere between a dreamy sense of awe & melancholia. The title refers to the fact that, as well as this being a kind of specimen case of music written over a long period, the album carries other music inside it - with the sources ranging from music between 5 & 300 years old - either used as starting points for Max’s own writing, or submerged deep within. 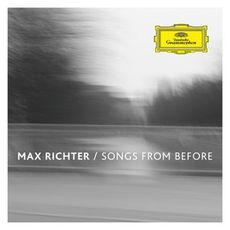