all original albums, plus one previously unreleased, from the influential berlin experimentalist’s most innovate period.

The original trio of Conrad Schnitzler, Hans-Joachim Roedelius & Dieter Moebius released two seminal albums as Kluster before Roedelius & Moebius replaced the K with a C & continued as a duo. the group anticipated much of what would later emerge in such varied styles as industrial, ambient, electro & even synthpop. expertly remastered by willam makkee, with booklets featuring essays on each album & rare photos & an exclusive text on the evolution and significance of the band written by avante-garde composer Asmus Tietchens. 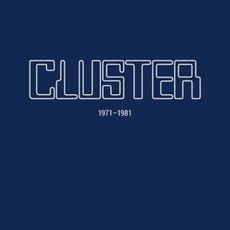