The Best of Lee "Scratch" Perry


it’s impossible to overstate the importance of lee ‘scratch’ perry in not just the world of reggae but in the overall course of Jamaican and british music from the 60’s onwards.

this 2 disc set celebrates the innovator and instigator in all of his glory, featuring 40 of his most significant productions from the Sixties and Seventies, with highlights including the Upsetters’ double-header ‘Hurt So Good’, ‘Curly Locks’, ‘Mr Cop’ and ‘Sipple Out Deh’ aka ‘War Ina Babylon’. 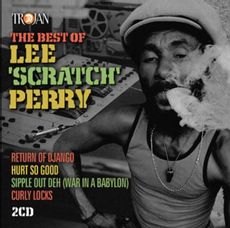