The live performance by The Robert Cray Band featured on this CD comes from a show played at The Redux Club in Dallas on 21st January 1987. Transmitted by FM Radio Station Q102, ensuring near perfect audio quality & a set-list to die for, the recording here could hardly be bettered. Joining Cray & his group for the final 3 numbers on this legendary evening almost 30 years ago was none other than Stevie Ray himself & as the 2 blues greats bounced licks & solos off each other - most memorably on the delightful 10 minute jam which forms the penultimate cut. 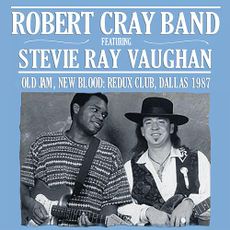