Good Luck and Do Your Best


mining a distinctly warmer palate than on his previous record, one that echoes his genre-defining debut ‘Lucky Shiner’ a little more (albeit with a clearer range of sounds), the 3rd album from gold panda is a triumph.

splitting the majority of his time between London, Berlin & countless excursions to Japan, the influences of these locations can be heard permeating his slightly retro sounding music. rather than a collection of tracks, this is an album in the true sense of an "album" - one where you need to listen from start to finish & take on board the whole experience. as gilded one himself says: “the tracks aren’t popping out against each other. It’s a [complete] record”. for fans of rival consoles, the avalanches or caribou. "unlike any of the electronic music being made in 2016 & is refreshingly unfashionable in that way" 7.4/10 - pitchfork, "one of 2016's best electronic albums so far & it's difficult to see how it can be topped" 8/10 - under the radar. 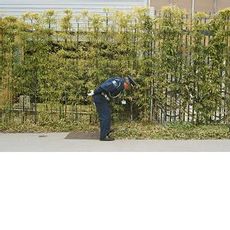