BEAUTY AND THE BEAT [DELUXE EDITION]

It was released in July 1981, reached # 1 on the Billboard album chart and sold 2 million copies in the US alone. It includes the hits ‘Our Lips Are Sealed’ (co-written with The Specials’/Fun Boy Three’s Terry Hall), ‘Automatic’ and the band’s anthem ‘We Got The Beat’. Edsel’s deluxe reissue takes us back to rehearsals in February 1979 and January 1980 and a concert in August 1979, along with b-sides and demos. The bonus disc is a full-length concert recorded in Boston in August 1981, a month after the release of the album. For the comprehensive note, Paul Myers has newly interviewed Belinda, Charlotte and Jane for the full story of the band’s formation, the tours with The Specials, Madness and The Police, and the recording of the album. The booklet also includes lyrics and photos. 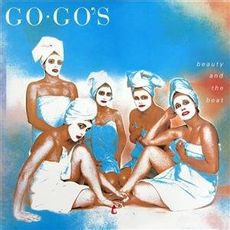 DISC ONE BEAUTY AND THE BEAT