twisting together sounds and influences from a variety of genres to create their own vision of a dark, modern pop record – the Brighton dream-pop trio’s second album takes a slightly more nightmarish tone and brilliantly builds on the melodies of their acclaimed debut.

After extensively touring in support of their acclaimed debut album, the group decamped in the early months of 2015 to an outbuilding of a disused abattoir in rural Kent to begin work on new material. A two hour bus ride from Brighton and a black hole for mobile signals, such an environment was fitting for a band determined to strip their sound back to the bone and build it up to make an album that would, on their live return, make the stage shake. “Defined by its emotional resonance, ‘Fall Forever’ pertains to a certain kind of blissful melancholy…held together nicely by icy electronics and dark, frenetic post-punk… a truly immersive record” – loud and quiet 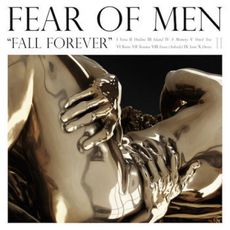