this is one hell of a swansong from one of Britain’s most successful contemporary folk bands – what we have here is a Deluxe 52 track 2 CD + DVD package recorded live on the first leg of their final sold out tour.

Early in 2015, lead singer Jon Boden decided to step down from the band and the rest of Bellowhead felt they didn't want to continue without him. ‘Bellowhead Live – The Final Tour’ is exactly what the fans have been waiting for and much more – a triple disc document of the band at the peak of their powers, delivering their most popular singles, album tracks and live favourites. The DVD features the band's full concert from Leicester's De Montfort Hall, 19th November 2015 in its entirety. The package also features 24 pages of exclusive photos taken live on the November tour. 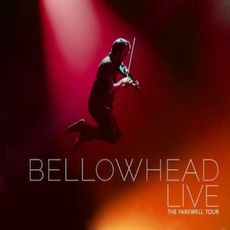