perhaps owing something to eno’s influential ‘oblique strategies’, ‘nurton’ is a uniquely inventive album that listens for and builds on flaws and mistakes, transforming them into something unique and incredible.

never losing a chance to experiment and confound, even In his later years Mobius was a serial inventor and innovator, never swerving towards the mainstream. Though he tragically passed in 2015, bureau b are picking up his often overlooked later work and giving it new air. 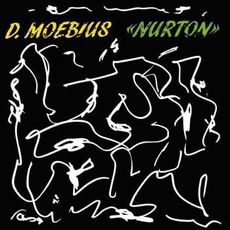