There are also 2 brand new John Foxx & The Maths tracks – ‘A Many Splendoured Thing’ & ‘A Man And A Woman’ & 2 previously unreleased remixes by OMD & ADULT. The album closer brings together John Foxx & The Maths with Gary Numan for the first time on ‘Talk (Are You Listening To Me?). The album’s stunning cover image was created by John Foxx for the project.

*** This limited edition deluxe edition also features 11 videos by Japanese film director, Macoto Tezka, all filmed in Tokyo with music by John Foxx And The Maths *** 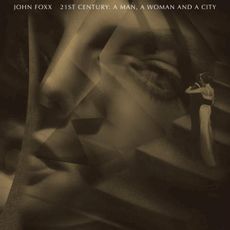