an exhilarating, fearless debut from the Louisiana born artist whose first album, a David Bowie hits compilation, helped inspire him to eventually to channel his innate feral energy into songwriting & rock 'n' roll.

Craft admits his voice sounds a good deal like Bob Dylan’s & that his muse has come to him many, many times. Still, ‘Lady Of The Ark’ hints that Craft’s music is so full of its own weird singularity that he’s on to something far beyond idol worship. to our ears, craft's unpredictable muscianship has more in common with ezra furman. “This album is the dark corner of a bar,” he says. “It’s that feeling at the end of the night when you’re confronted with ‘now what?’” 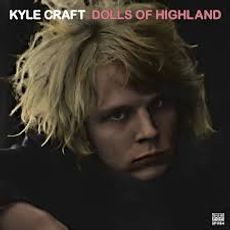