Since the age of fourteen, when he first began to DJ & when his brother introduced him to music production software, his output has been relentless. All that hard work has evidently paid off for the young producer, who demonstrates more confidence, competence & talent on his first album than many artists twice his age could dream of. With guest spots from Anderson .paak, badbadnotgood, little dragon & others, this debut most certainly lives up to the hype. 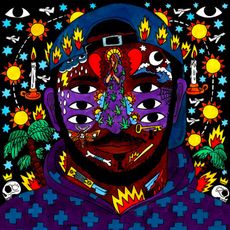