the band's first collaboration with outside songwriters (Justin Parker,  Ben Allen and Malay - who have worked with sia, bat for lashes, frank ocean and more) has produced a chorus-galore album that explores new musical ground while remaining true to the four piece's inimitable signature sound. think bloc party, the boxer rebellion and u2 all rolled into one. 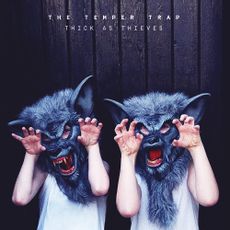