This newly expanded reissue of their classic debut “Whirpool”, now includes all the B-sides from the singles 'Pearl', 'Falling Down' and the 'Sunburst EP', along with 'Die Die Die' which was originally only available on a free record that came with the vinyl version of the album & is on CD for the first time.

Inspired by the likes of Slowdive & Ride, Chapterhouse were part of the "shoe-gazing" scene of the early 90s but unlike other acts who aquired a set of guitar pedals & headed off to the nearest recording studio, they mixed beats with their wall-of-sonic-guitar-fuzz to create records to stimulate both mind & feet.  Produced by the band alongside Robin Guthrie (Cocteau Twins), John Fryer (This Mortal Coil), Stephen Hague (New Order) & Ralph Jezzard, it also features guest vocals from Rachel Goswell (Slowdive). 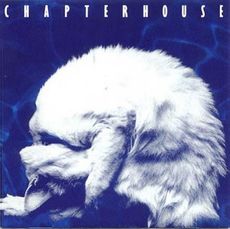