cultural ambassador is right - tippa lee has been recording since he was 12 years old (at king tubby's no less!) and this 2016 release on stones throw is a modern reggae mastrerpiece.

classic reggae sounds flow throughout with flourishes of modernity dotted across the album - alongside another disc of dub versions (reconfigured by producer tom chasteen live on the mixing board with echo and reverb in the traditional style) making this both a thoroughly traditional record yet refreshingly modern at the same time. another fantastic addition to the genre hopping catalogue of la label stones throw. includes appearances from reggae legends Tony Chin on guitar and Fully Fullwood on bass, who between them probably played on a quarter of all the records that came out of Jamaica in the '70s! 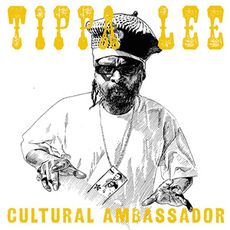