across these ten tracks and six ‘soundscapes’ 65daysofstatic manage to match, if not exceed, the phenomenal scope of the fascinating universe-exploring videogame, ‘no man’s sky’.

No Man’s Sky’s procedurally generated universe is unlike anything in the gaming world, and 65daysofstatic’s sonic assault matches its audacity in every way, with perfectly matching loops and incredibly complex interlocking loops that manage to soundtrack the theoretically infinite game. in their words - “An awful lot of generative music is ambient, soundscapey stuff – We wanted to write music that didn’t sound like that, but at the same time, because the game is so big, make music that is essentially infinite.” 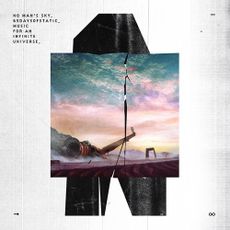