swaggering southern rock that could fill arenas – this protest album from the Athens, Georgia-based band is quite possibly their best yet.

the band use their gift for writing catchy songs to deliver 11 tracks that in turn deal with issues of race, gun control and more. for their 11th studio album the band have become more overtly political than ever before – and all the better for it. this is the sound of a band standing up for what they believe in the only way they know how: with big fists-in-the-air southern rock anthems. “insistent, jagged, exhilarating rock with echoes of neil young & crazy horse.” – 4/5 mojo 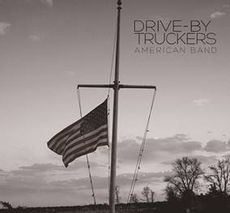